Your Dog got Sprayed by a Skunk? Here Are the Best Remedies We Could Find 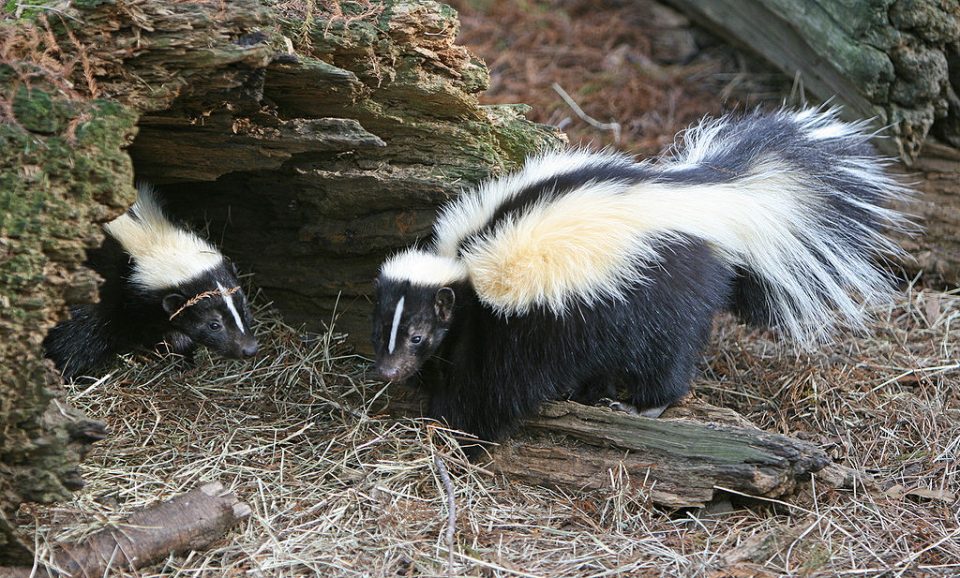 Dog Sprayed by Skunk! It’s a headline that drives fear into the heart of every dog owner. But if you have a dog, sooner or later, you are bound to deal with a dog sprayed by skunk stink. And when it does, it’s good to have a couple of strategies up your sleeve for dealing with it.

But what if it’s already happened? Well, we have some answers for that, too, so read on. There’s no need to panic, we have collected the best remedies, and prevention steps, for you. 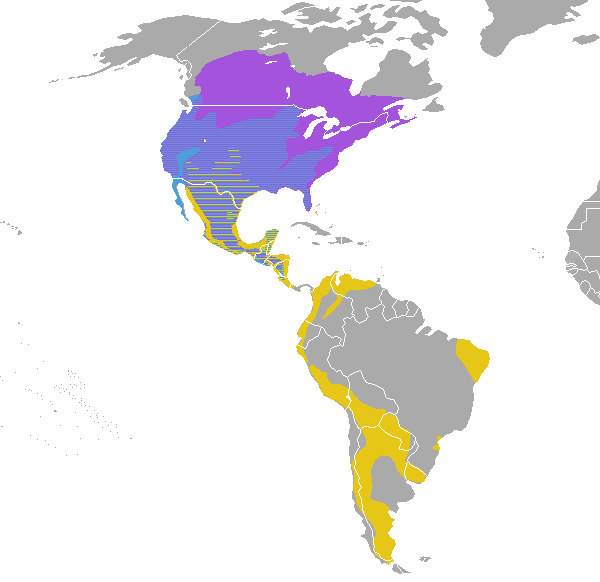 These stinky little critters live all over the United States, in parts of southern and central Canada, and all the way down to the southernmost tip of South America. They’re hardy and thrive in many different environments. Unfortunately, they really love living close to humans. We throw away all sorts of tasty treats that these omnivorous beasties find irresistible. And in urban areas, one of their favorite snacks is pet food. Which means that if you have pets, that very fact may be attracting them to your home which will probably lead to you dealing with a dog sprayed by skunk.

There are ten different species of skunk living in the Americas. For the most part, they try to avoid conflict. It’s rare for skunks to bite humans. They’d rather spray and run. And even then, they have an elaborate list of behaviors they go through before spraying. These may include stamping, hissing, and threat posturing. But they do spray, and they do bite. And if that’s not enough to worry about, more than three-quarters of skunks are rabies carriers. That is, the disease does not affect them, but they can and do pass it on to humans and domestic pets.

What is Skunk Spray? 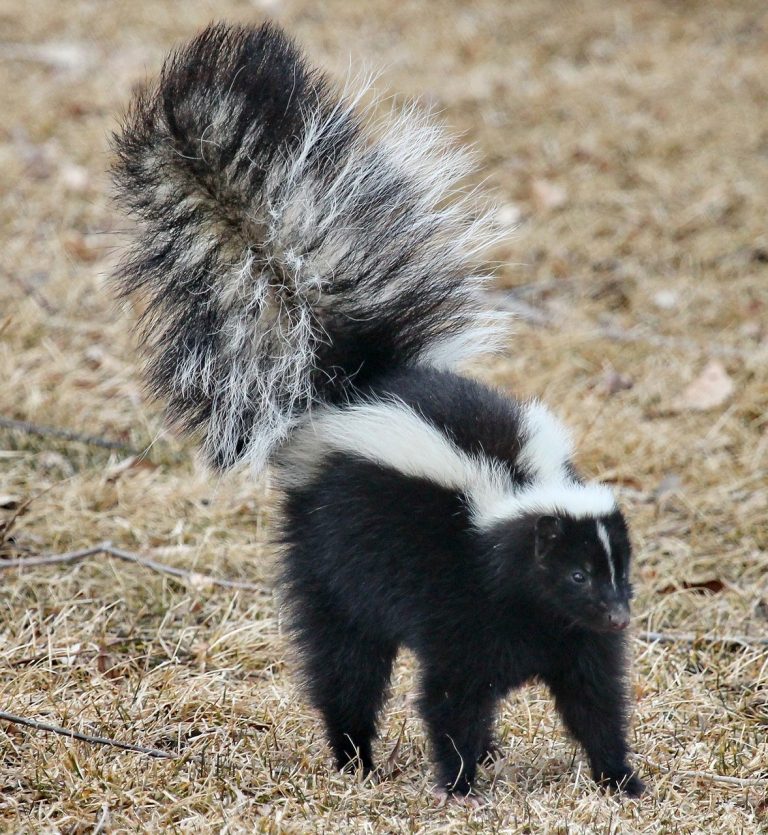 Dog Sprayed by Skunk? Here’s How to Get Rid of Skunk Smell

First, check to make sure your dog doesn’t need medical assistance. For a dog sprayed by skunk, eye irritation is common. So be sure to check for red or watering eyes. If your dog’s eyes appear to be irritated, flush them with water or eyewash, just as you would do for another human.

In addition, if your noticed your dog sprayed by skunk, you should look for bites. This is another good reason to make sure your dog’s rabies vaccination is up to date. If it is, then you don’t have to worry about rabies. However, the bites themselves may need a vet’s attention. 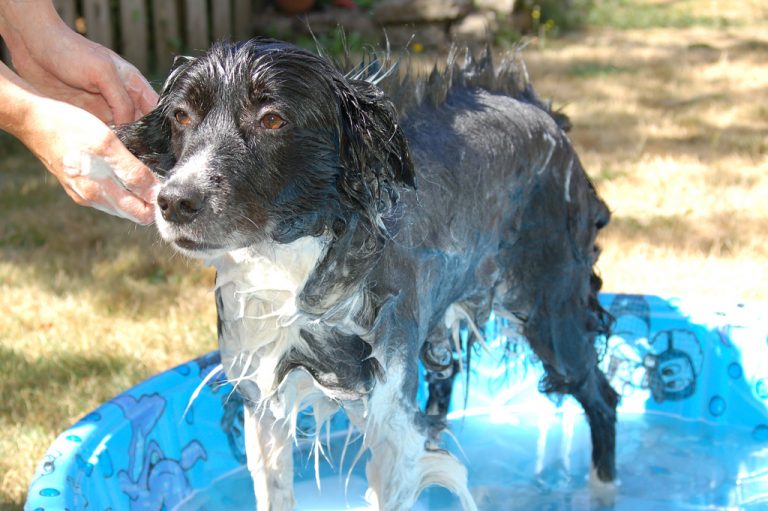 Recently, the Discovery Channel’s show Mythbusters put popular methods of skunk odor removal to the test. Their results may surprise you. Here are a few ways to get rid of skunk smell if you have a dog sprayed by skunk that Mythbusters, Pet MD, and Susan Konecny, RN, DVM and medical director at Best Friends Animal Society, all agree are effective. Note, however, that you will probably have to do them more than once. In addition, you should do it outside, to avoid bringing the stinky mess into your home.

Pet MD recommends a simple formula for dog sprayed by skunk of one quart of three percent hydrogen peroxide, a quarter cup baking soda and one teaspoon liquid dishwashing soap. Mix the ingredients together, then, using rubber gloves, apply them to your dog’s coat. Leave in for 20 minutes, then bathe your dog again with dog shampoo. Be extra careful to keep the mixture out of your dog’s eyes. And be aware that you may have to repeat the process two or three more times. Also, understand that the peroxide may temporarily discolor your dog’s coat. Additionally, don’t create this mixture ahead of time and try to store it for when you need to use it for a dog sprayed by skunk. The ingredients are volatile, and may explode if stored in a closed container.

A variation on the above formula for dog sprayed by skunk uses white vinegar instead of hydrogen peroxide. Mix together one quart of white vinegar, 1/4 cup of baking soda, and one teaspoon of liquid dish soap. Apply to your dog’s coat, carefully avoiding the eyes, and leave on for 20 minutes. Then rinse off the mixture and shampoo your dog with dog shampoo. Once again, you may have to repeat the process a few times. And, again, don’t make this in advance and attempt to store it and use for a later date when you deal with a dog sprayed by skunk. Anyone who has ever made baking soda and vinegar volcanoes with their kids knows that this is a volatile and potentially explosive combination.

Perhaps because of the vinegar and water combination, some people have suggested using a feminine wash to remove skunk stink. All three of our sources, however, say that this method is, well, a wash. That is, it doesn’t work. Myth busted. 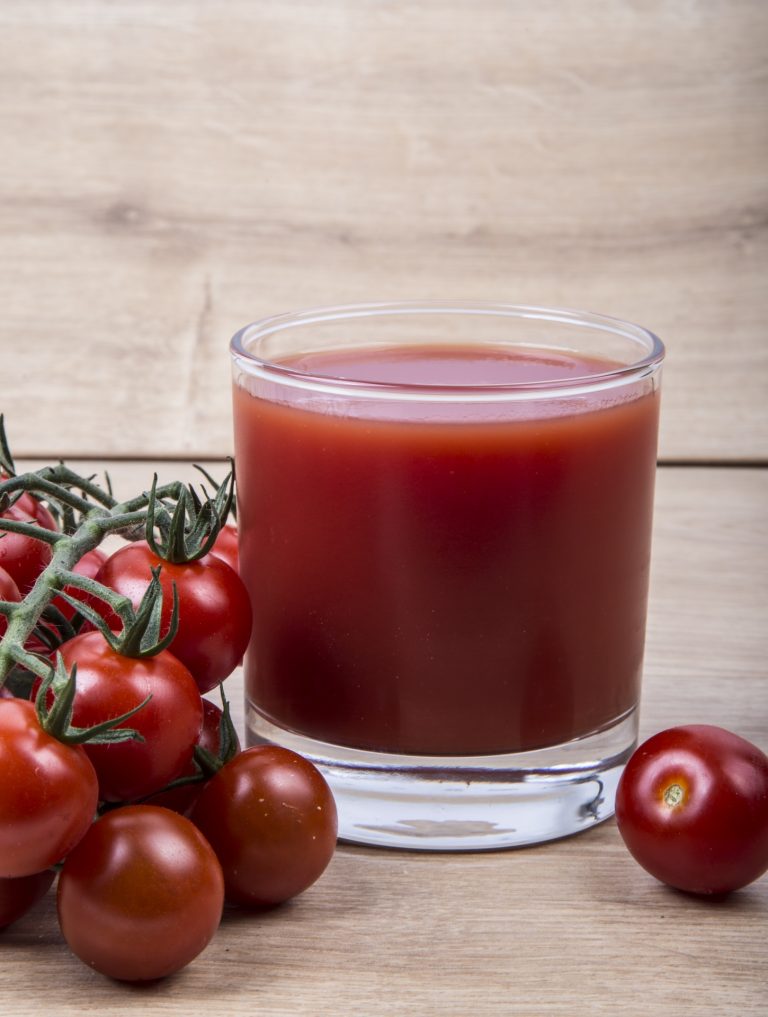 Tomato juice is a well-known formula for lifting the stink left by on a dog sprayed by skunk. But it’s not just a matter of pouring it on. First, wet your dog down and apply his or her regular dog shampoo. Then work up a good lather. Then dry your dog off, leaving the shampoo in. And then pour on the tomato juice and work it in. Again, leave the solution in for 20 minutes before rinsing and shampooing. Alternately, you can use tomato paste. It’s the acid in the tomatoes, people believe, that does the job. As always, you may have to repeat the process a few times. Also be aware that if your dog is light colored, the tomato juice may temporarily stain his or her coat.

There are numerous commercially available products that will help remove smell left when you take care of a dog sprayed by skunk. Nature’s Miracle uses a bio-enzymatic formula to neutralize skunk odors on your pet, as well as on clothing and furniture. Skunk-Off is a line of products that remove odors from pets and fabrics. If you’re going to go this route, read the label and try to figure out how the product works. Some neutralize the odors with enzymes. Others claim to remove the odors altogether. And some merely cover the odors over with perfume. Which works about as well as you might imagine.

Additionally, your veterinarian or groomer may have a favorite product that they use to get rid of that skunk smell. And it might be worth the money to have someone else do the work.

How to Get Rid of Skunks and Discourage Them From Returning 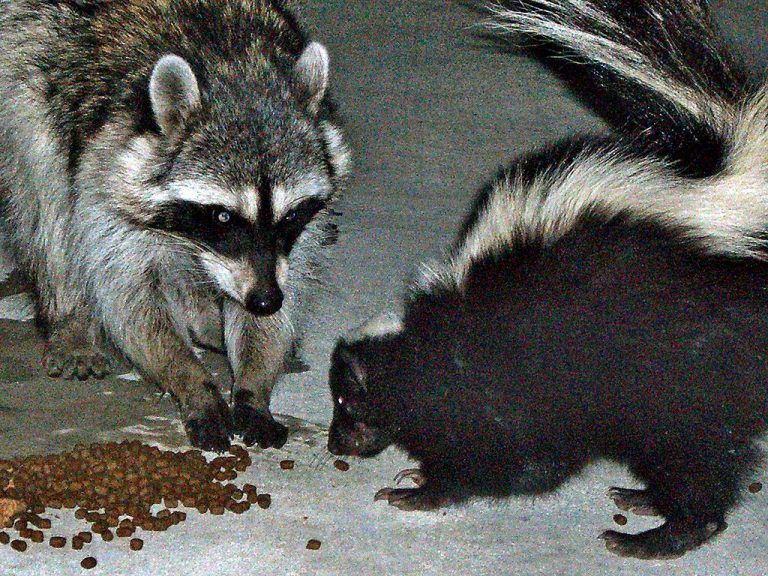 Skunks, raccoons, possums, rats, and other critters that have made their homes in urban and suburban areas come for the food. So to discourage their visits, make sure you’re not leaving anything out that they might want to snack on. It’s hard, given that skunks are omnivores. That means they will eat just about anything.

However, one of their favorites is pet food. So if you store your pet food outside, don’t. Skunks and raccoons are very good at getting into — or chewing through — plastic bins. And they will simply laugh at a paper bag. So either store your pet food in the house, or in a secure structure like a shed or garage. Also, take pet food and water dishes inside before sundown. Skunks are crepuscular, which means that they are most active at sunrise and sunset.

If you have fruit trees, make sure the ground is clear of fallen fruit each night. Finally, when you dispose of your trash, make sure bags are tightly tied and use trash cans that you can seal. If they have to work too hard to get at your rubbish, they will find somewhere else to eat.

Try to find the entry point into your yard. Skunks are diggers, so look for holes under fences, or gaps under gates. You might also find skunks hiding under your porch or crawlspace. Don’t attempt to remove them yourself. Contact a professional wildlife remover. Then secure your property against a new invasion. First, seal off any holes or gaps. Then, install a fence at least three feet high, that goes a minimum of one foot below the ground. In addition, eliminate any potential water sources.

People use a number of methods to repel skunks from their property. According to Pestkilled.com, one of the most effective methods is sprinkling cayenne pepper near the entrance to a den (or wherever you found the skunks). The smell will drive them away so you don’t have to with having a dog sprayed by a skunk.

Another effective method is sprinkling citrus peels around areas where you have encountered skunks. They advise, however, that using ammonia or the urine of predators isn’t very effective. On top of that, they must be reapplied every 24 hours.

An Ounce of Prevention

The more people expand into the territories occupied by wild animals, the more encounters we will have with them. But forewarned is forearmed. Do your best to make your property unattractive to skunks and other marauding creatures. If they invade your property, enlist a wildlife remover to safely remove them. And if your dog gets sprayed, well, now you know what to do.