When most people think about an electric fence, they might think of the wired fences that shock horses and cows as they try to escape their pastures. Electric dog fences are a bit different, though. They can give homeowners the best of both worlds. Dogs stay in the yard, while the humans don’t have to deal with an eyesore of a fence.

There was a time, not all that long ago, that there were no dog parks. Dogs roamed farms or the street of rural towns. Today, though, most Americans don’t live on farms or in small towns. Still, nearly half of American households contain dogs and for many, a standard fence isn’t an option. That’s where an electric dog fence can help.

What is an Electric Fence? 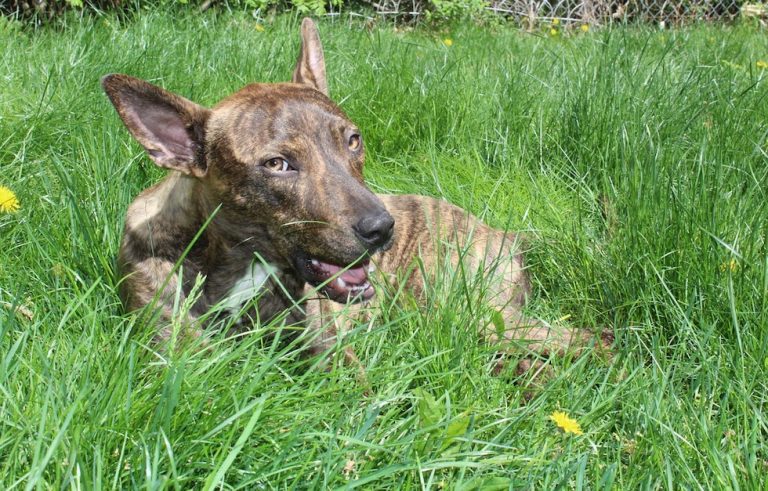 Image: CC0, by LGouley, via Pixabay

In the simplest terms, an electric dog fence is an electrical boundary around a property. While there are dozens, if not hundreds, of electric fences, you can choose from two basic technological options. A wireless fence uses GPS or radio technology to define the boundary. The second type is a wired system. Installers bury the wires along the borders of the property. In both cases, the fences communicate with the dog’s collar and give him a tiny surprise zap when he crosses out of the yard. It might sound a little cruel, but the zap can be about equivalent to static shock.

Related: Everything You Need to Know about Obedience Classes

How does an electric dog fence work? 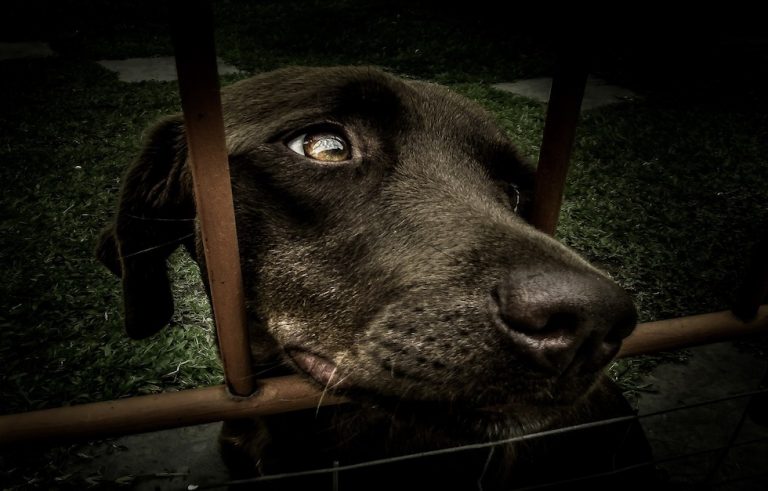 Image: CC0, by MatheusCuba, via Pixabay

An electric dog fence is a more attractive, cheaper and more versatile alternative to a standard wood or metal fence. Whether it’s wireless, or wired, electric fences stop your dog from crossing the boundary by sending a signal to his collar. There is a primary monitor where you can control the strength of the zap. Before that, though, the system is set based on your dog’s weight and sensitivities.

Wired fences are buried about 3-4 inches below ground along the perimeter of your property. Wireless fences, as their name implies, use no wire. A transmitter controls the boundary, and the transmitter can be adjusted and even moved whenever you want. It’s great for vacations and for people who move fairly frequently.

That’s not to say that an electric fence is the best option for all dogs, or even for all homes. There is a lot to consider before buying an electric dog fence. 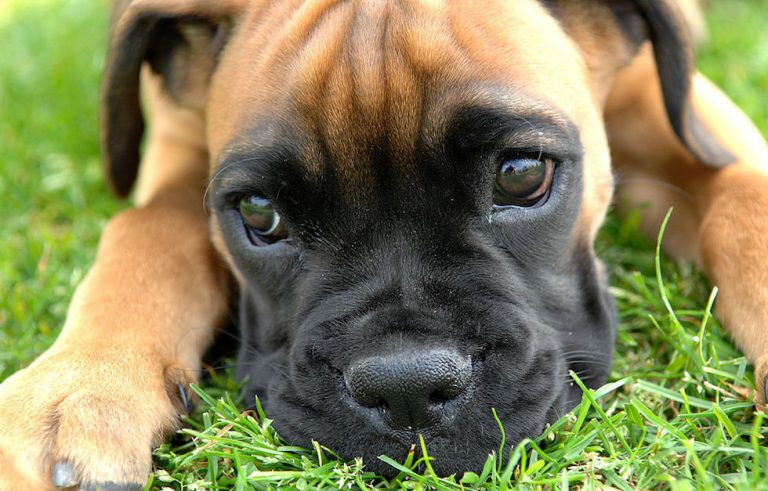 Whether or not an electric fence is dangerous depends on who you ask. There are several potential problems. Some dogs, especially those with a high prey drive, might ignore the zap unless it’s set very high, and sometimes even when it is high.

Since the fence pairs with the dog’s collar, the fence doesn’t keep other critters from getting in. If your neighborhood has raccoons, coyotes or even stray dogs, your dog could find himself in a dangerous situation with no way to escape.

Most trainers say that the “static shock” level is too low for most dogs and that the actual shock needs to be at least a little painful to work. Because of that, the fence can instill fear and even neuroses in a dog. Fanna Easter, a dog trainer, says this about her experience with electric fences:

My neighbor had an invisible fence for dogs, and he literally had to push his dog out the back door to potty. One day, he casually asked why his dog was afraid to go outside. I casually replied, “Because the backyard shocks and hurts him.” While my neighbor initially looked shocked, he shook his head and said, “You could be on to something.” Within a month, their invisible dog fence was replaced with a sturdy wooden privacy fence. This story happens every day. 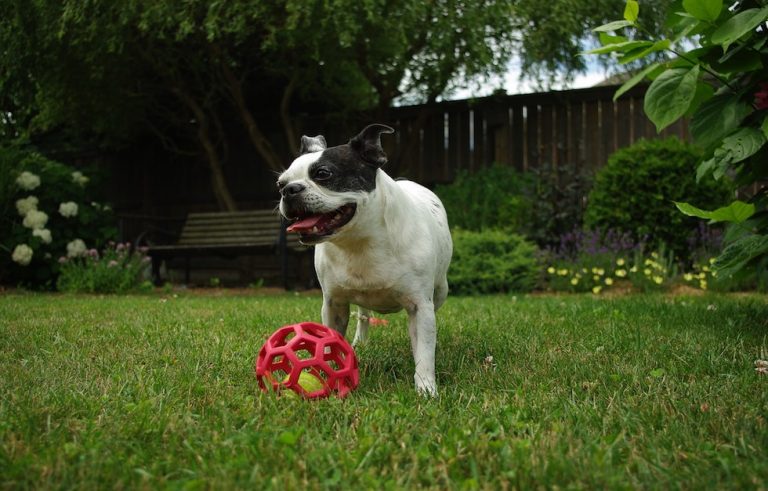 Image: CC0, by Introvertz3, via Pixabay

Even with the potential dangers, having an electric fence is still preferable in most cases to no fence. They can be much less expensive than standard fencing. They affordably cover large lots of land, where dogs run fairly free and just need reminders of the boundaries. You can even use them with uneven terrain.

If your dog digs his way under fences, an electric fence might be a better solution. Digging out of it is impossible.

Electric fences protect your views and allow you to have full access to both your front and back yards.

They are best in large yards. Experts recommend that they should be placed about 30 feet from the road. That’s impossible for most Americans. While they can be buried under uneven terrain, experts say they work best with minimal slope and landscaping. If your home has any metal, such as a metal roof or metal siding, the fence won’t work. Your neighborhood might have interferences you might not even be aware of.

How much does an electric fence for dogs cost? 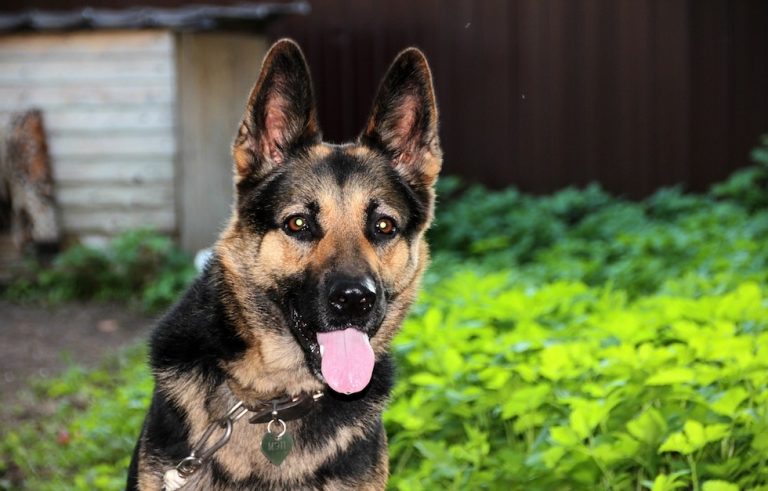 Image: CC0, by Kasya, via Pixabay

If you have two dogs of significantly different sizes, you will need to have a more robust system, which can handle varying correction levels at the same time. That will end up costing you more.

Your dog will need training for using the fence. You can do it yourself. In fact, you can even install the fence yourself, but you risk traumatizing your dog, or worse, by going it alone.

We also recommend that you take your dog to his vet before you decide to go electric. If he has any hidden health conditions, the shock could cause a seizure, or even kill him.

Related: A Closer Look at the Furbo Interactive Dog Camera

Here is a video telling you how to install the electric fence:

Here’s a video with some training tips for your pooch:

Electric dog fences aren’t regulated by any government agency. No outside party is required to inspect the factories, or how the fences, or the collars, are made.The radio signals used in wireless electric fences are regulated by the Federal Communications Commission, but only to ensure the signals don’t interfere with others.

What to look for when buying an electric fence

If you are in the market for an electronic fence, it’s time to do your research. Consumer Affairs recommends that you, “Do your research, use a reputable company that has been in business a long time and take time to read reviews. Make sure an electric fence fits your lifestyle and property, then spend the time to research and educate yourself on it.”

You want to make sure that the company offers at least a one year warranty. Any defects should show up within a year.

Make the Decision That Feels Right for You

However, if your house is close to the road or if your dog has a high prey drive, an electric fence might not be safe. For homes near wildlife, critters of all sorts can enter your yard and make your dog a target. When your dog is fear-prone, an electric fence could make the situation worse.

If you install the fence yourself and you train your own dog, an electric fence can save you a lot of money. If, however, you go the professional route, you might spend as much as on a traditional fence.